Stop trying to motivate teammates, and start trying to understand them. 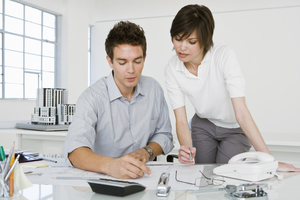 Working with Bob on a long-term project, Barbara gets concerned when he starts to slack. She takes pride in her work and is vying for a promotion, so project failure is not an option. But she can’t succeed without Bob’s help. How can she motivate him to do his best – or at least do his part?

According to leadership experts, she can’t. “The thing to understand is that we can’t motivate others,” says Dan Rockwell, author of the popular blog, Leadership Freak.

Perhaps the best we can do, he adds, is “remove roadblocks and tap into the motivation they already have.”

People don’t lack motivation, Rockwell says. However, they may be motivated not to do something.

Or they may be motivated for the wrong reasons. To understand why Bob is missing deadlines and submitting sloppy work, Barbara must first understand that he is not unmotivated but rather “suboptimally” motivated, in the parlance of leadership speaker and writer Susan Fowler. Perhaps the project is a waste of resources in his eyes but he keeps working half-heartedly for fear of getting fired. That means he’s motivated by fear and a paycheck. Motivation generated by values and a sense of purpose – “optimal” motivation – is sustainable over a longer period and produces better results, Fowler says.

So what is Barbara to do? She can start by asking lots of questions. “If I worked closely with someone, I would take them to lunch and ask what they love most about their job, what energizes them, what projects they liked best in the past,” Rockwell says. “Then, I’d ask what they found important or meaningful about those projects and why they were energizing.”

Fowler calls this type of chat a “motivational outlook conversation” in her new book, “Why Motivating People Doesn’t Work… And What Does: The New Science of Leading, Energizing and Engaging” (Berrett-Koehler Publishers, 2014). The purpose is not to impose values but to acknowledge and try to understand Bob’s feelings. The process may help Bob see things from a more positive perspective – or not. But even if Bob won’t change his ways, Barbara at least knows where he’s coming from.

Simply asking of an underperforming teammate, “Why do you think the company paired us up on this project?” may reveal issues that can be addressed, Fowler says.

Listening for phrases like “I have to” or “they expect me to” can help Barbara determine which aspects of the project are draining Bob’s energy.

Understanding Bob a little better, Barbara can help him link the project, or aspects of the project, not only to his skills but also to his values. They may decide as a team to reassign responsibilities so Bob feels purposeful and more connected to his work.

People are more likely to be optimally motivated if their needs for autonomy, relatedness and competence are met, Fowler says. Barbara can help provide for these needs at least to some extent. A change might come about in Bob if he perceives he has choices, feels connected to and cared about by his teammate, and has opportunities to use and develop his skills.

“A person can think the purpose of their work is fantastic, but if the interpersonal connection isn’t there, if they don’t feel valued or appreciated, then an optimal motivational outlook is harder to achieve,” Fowler says.

In recognizing contributions, sincere gratitude goes further than praise when it comes to sustaining motivation over time, she adds.

Barbara’s attempt to reenergize Bob is likelier to work if she first examines her own motives. “When you activate optimal motivation for yourself,” Fowler writes, “you provide more than a role model – you create a ripple effect.”