Buzzwords like “authentic” can be controversial among experts. But what does it really mean to have authenticity, and how is it best applied to career goals? 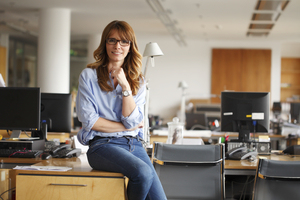 Becky Lynn Smith is not the first executive to leave the corporate world and write a book about her new life, but hers may be a rarity among recent books of the same stripe in that she doesn’t use the word “authenticity” – even though the book urges professionals to define and pursue their own idea of success.

The former energy-field executive says she did not consciously leave the word out and hadn’t noticed its absence among section titles like “Personal Reflection” and “Tools of Self Discovery.” Nonetheless, it turns out that her self-published book, “Designing Your Ideal Life” (Ideal Life Publishing, 2015) is all but devoid of a buzzword that is falling out of favor. (The word “authentic” appears just once in the 121-page paperback, according to Amazon’s word search feature.)

Smith’s accidental omission may turn out to be a stroke of luck. The Harvard Business Review has published several pieces on how being authentic can cause career stall-outs or setbacks. The cover story of the January issue, “The Authenticity Paradox” by Herminia Ibarra, argues that a simplistic or rigid understanding of what it means to be authentic tends to keep people in their comfort zones. Fast Company, Forbes, the Washington Post and other publications of their stature lent additional credence to the idea that “authenticity” sometimes stymies career advancement and personal growth.

The dictionary definition of authenticity sounds fairly straightforward, but it can be interpreted and acted upon in a number of ways: “Expressing how you really feel instead of putting on a show; being true to one’s values; being transparent. But, in practice, for most of us it actually means, ‘being as I have always been,’” Ibarra says in an email interview.

In her article as well as her new book, “Act Like a Leader, Think Like a Leader” (Harvard Business Review Press, 2015), Ibarra gives examples of authentic leadership that failed. For example, a first-time manager voiced her feelings of inadequacy in her new role so she would come across as real and relatable; instead, she lost her credibility and her team’s confidence right from the start.

Smith, for her part, says that people sometimes believe themselves to be authentic while at the same time they have no awareness whatsoever of the behaviors and attitudes that are obvious – and sometimes off-putting – to others. Of the habitual behaviors they are aware of – and therefore perceive as authentic – some of course are identified as strengths and pressed into service. “A strength can get you so far and then become a weakness if you use it to excess,” Smith says.

Focus can become single-mindedness, for example, which has the perceived potential to translate into rigidity and lack of big-picture analysis – not exactly leadership qualities. But is it an authentic character trait that holds the person back, or is that just an excuse to fall back on?

For Smith, self-reflection is the obvious starting point for self-improvement and career development, while Ibarra downplays its role in favor of action and experimentation. However, both authors want readers to live satisfying lives – without getting too comfortable, that is.

“Lasting and positive change requires you to extend yourself beyond your comfort zone,” Smith writes. “Embrace being uncomfortable. It is where breakthroughs occur.”

For up-and-comers to continue their ascent, they must sell themselves and their abilities when they are still unproven. So when they vie for a promotion, start a new job or set a “stretch goal” (another business buzzword that seems a bit shopworn), they feel like they are in over their head and, hence, like impostors.

Authenticity is still a good word and a good quality when used the right way, Ibarra believes. It does not preclude being “more playful with your own identity to stretch beyond your current self-concept,” she writes, or reworking a professional biography until it’s polished but still rings true. She recommends an “adaptively authentic” approach to career development.

This approach allows for the existence of two authentic selves – a current self and a future self. “The trick is to work toward a future version of your authentic self,” Ibarra writes, “[by] stretching way outside the boundaries of who you are today.”